Swann Galleries will offer an auction of Early Printed, Medical, Scientific & Travel Books on Tuesday, October 16, featuring notable works by and about women; a surprisingly deep number of Philippine imprints; and a collection of works on science. 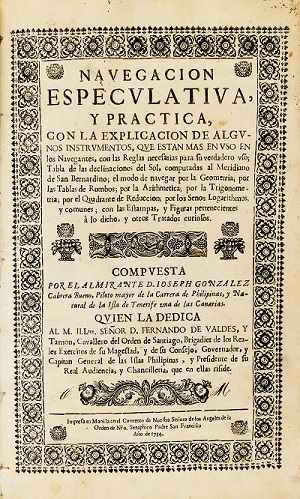 Throughout the sale are a number of lots centered on women. Highlights include Giovanni Boccaccio’s De claris mulierbus, Louvain, 1487, the third edition of the first published work of female biography, containing lives of over 100 famous women from the biblical Eve to the fourteenth-century Queen Giovanna of Naples, and its first edition in Spanish, De las mujeres illustres en roma[n]ce, Zaragoza, 1494 (estimates: $15,000-25,000 and $20,000-30,000, respectively). L’Innocence de la tresillustre tres-chaste, et debonnaire Princesse, Madame Marie Royne d’Escosse, Reims, 1572, on Mary, Queen of Scots, was the Catholic response to the deposition and imprisonment of the Queen, establishing her as a loyal Catholic ruler, brought down by the plots and schemes of Protestant rebels ($800-1,200). Also available are The Female Spectator, 1775, by Eliza Haywood, which is considered the first periodical written for women by a woman, and a first edition of Constance: A Novel, 1785, by Laetitia-Matilda Hawkins, her first novel ($300-500 and $500-750, respectively).

Possibly the most unusual offerings in the sale are more than 30 seventeenth- and eighteenth-century books printed in the Philippines, and focusing on religion, history, current affairs and other subjects. The featured lot by José González Cabrera Bueno’s Navegación Especulativa, y Práctica, Manila, 1734, ($8,000-12,000). The book is the first navigation manual printed in the Philippines and one of the earliest significant scientific works to survive from the colonial period, when few technical works were published.

A fifteenth-century edition of Reysen und Wanderschafften durch das Gelobte Land, Strassburg, 1488, by Jean de Mandeville is being offered. The work is an account of the known world mentioning the Holy Land, routes there from Europe, and Asia and Africa ($15,000-25,000).

Scientific material includes a first edition in English of Sir Isaac Newton’s Two Treatises of the Quadrature of Curves, London, 1745, limited to 350 copies; and, A Treatise on Electricity and Magnetism, Oxford, 1873, a first edition of James Clerk Maxwell's work on electromagnetic theory of light ($4,000-6,000 and $3,000-5,000, respectively).