Remember Peanutgate?  Didn't think so, because I just made it up.  At any rate, back in 2012 the grandson of a former president and one-time peanut farmer caused a bit of a ruckus by tracking down the source of a secretly recorded video of a meeting between Mitt Romney with some Florida campaign contributors in which Romney made some candid remarks about the 47% who were unlikely to support him in any case.  James Carter arranged to have the 'hacked' video leaked to Mother Jones magazine and according to CNN on February 21, 2013 . . .

President Barack Obama expressed gratitude last week to former President Jimmy Carter's grandson, who had a role in leaking secretly-recorded video of Mitt Romney's infamous '47%' comments, James Carter said Thursday on CNN. . . Obama met James and his cousin, Georgia state Sen. Jason Carter, last week when the president was in Atlanta for a post-State of the Union visit. "After (Jason) got his picture taken, he told Obama that I was the one that had found the 47% tape," James Carter said on CNN's "The Situation Room." "Then Obama said, 'Hey, great, get over here.' And then he kind of half-embraced me, I want to say, put his arm around me, and we shook hands. He thanked me for my support, several times," he said. .

Nothing unusual or anything to be really embarrassed about, but network t.v. news people loved it and ran the segment gleefully and endlessly in the days leading up to the election.  Even though this single hacking incident may have affected the outcome of the 2012 election, I don't think there was a congressional investigation and as far as I can recall no one recommended sanctions against the DNC, the state of Georgia, network news, the Carter family, Mother Jones or Barack Obama.  I'm happy for that – it would have been a big waste of somebody's money. Embarrassing opponents has been great fun and political sport since the days of Thomas Jefferson, at least.

Spying on the Internet, secretly recording political meetings in Florida, peeking through keyholes, listening at closed doors, eavesdropping or snooping by any means possible is morally equivalent, some would say neutral. The common denominator is trying to gain some sort of advantage by misrepresentation or stealth. I guess what may or may not get people's shorts in a moral twist depends on who is doing the snooping.  (I understand the CIA is pretty good at it)

During the spring or summer of 2016, someone – maybe the Russians, Aliens from Planet X, or Sheldon Cooper – 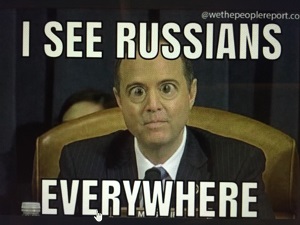 hacked into an immense trove of DNC e-mails that ranged anywhere from downright Machiavellian to eye-wateringly dull.  I know, because I spent hours on Wikileaks trying to find out what all the fuss was about, and most of what I found was the latter.  Still, there was plenty to cause embarrassment and shame. I've read hundreds of the e-mails and have scanned the subject lines of thousands.  To save time and narrow the search, I'd suggest (if you're really interested) focusing on the e-mails to or from John Podesta and Cheryl Mills, the subject lines, and finally the ones that were not 'cc'd' to others. Particularly disturbing were the Brian Fallon/José Fernandez e-mails admitting in private what was denied in public about the Uranium One deal (giving Russian interests control of one fifth of the uranium producing capacity in the United States in exchange for a lot of money for the Clinton Foundation. (Someone must have read the The Art of the Deal)

Which might explain why I cringe whenever I hear people talking about making great deals.

An e-mail that was copied to others and responded to several times carries the subject line “people worth looking at”.  As early as March 12, 2016 the DNC was vetting possible vice presidential running mates and circulated a list of potential candidates arranged according to various “food groups” [sic].  Judging by the names, the “food groups” consisted of blacks, women, Spanish-surnamed people, Jews, and so on and so forth.  Being outed as group identity practicing “minoritycrats” while shameful and deplorable, is not an impeachable offense, and I don't suggest that those doing the practicing or those doing the outing should be hounded, dunked in a mill pond, or burned at the stake.

I tend to think more information is better than less, especially when it comes to the political process.  Others may disagree.  So whatever or whoever is responsible for the Wikileaks e-mail dump, I really don't think aliens (from Inner Mongolia or outer space) had much to do with it.  So, short of declaring war on Russia, imposing more economic sanctions, or sending Sheldon to his room, I don't think it's helpful to beat the drums of war to protect the honor of the DNC. After all no one, as far as I recall, got that excited over Peanutgate.