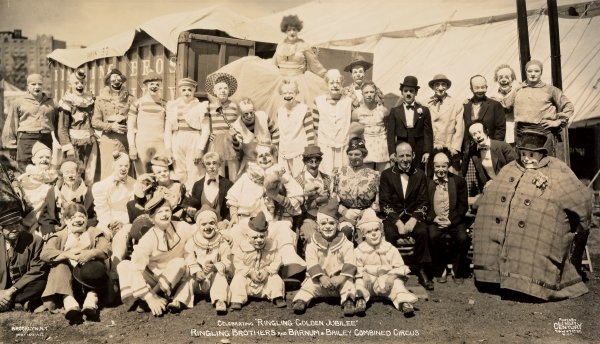 A selection of photographs by Edward J. Kelty comes from the collection of Alan Siegel. These include a number of Kelty’s signature panoramic group-portraits of circus performers, offered both as single images and in group lots of three to eight, with depictions of bearded ladies, giants, little people, contortionists, clowns, ring leaders and more. There is an x-ray of Ajax, the Sword Swallower from 1928 ($2,000 to $3,000), a group of four animal-centric circus panoramas ($5,000 to $7,500) and a rare cyanotype featuring clowns from Ringling Bros. and Barnum & Bailey (Combined) Circus behind Madison Square Garden, circa 1925 ($4,000 to $6,000).

Ruth Bernhard, Harry Callahan, Henri Cartier-Bresson, Irving Penn and others represent a large selection of well-known artists from the second half of the 20th century. The top lot in the auction is Helmut Newton’s Portrait of Karl Lagerfeld in Paris, an oversized ferrotyped silver print, 1976, showing the famous fashion designer tossing a bouquet of lilies toward the Eiffel Tower ($70,000 to $100,000).

The auction will begin at 1:30 p.m. on Thursday, February 19.  The photographs will be on public exhibition at Swann Galleries Saturday, February 14, Tuesday, February 17 and Wednesday, February 18 from 12 p.m. to 5 p.m.; and Thursday, February 19, from 10 a.m. to noon and by appointment. For further information, and to make advance arrangements to bid by telephone during the auction, please contact Daile Kaplan at (212) 254-4710, extension 21, or via e-mail at dkaplan@swanngalleries.com.  Live online bidding is also available via Invaluable.com. 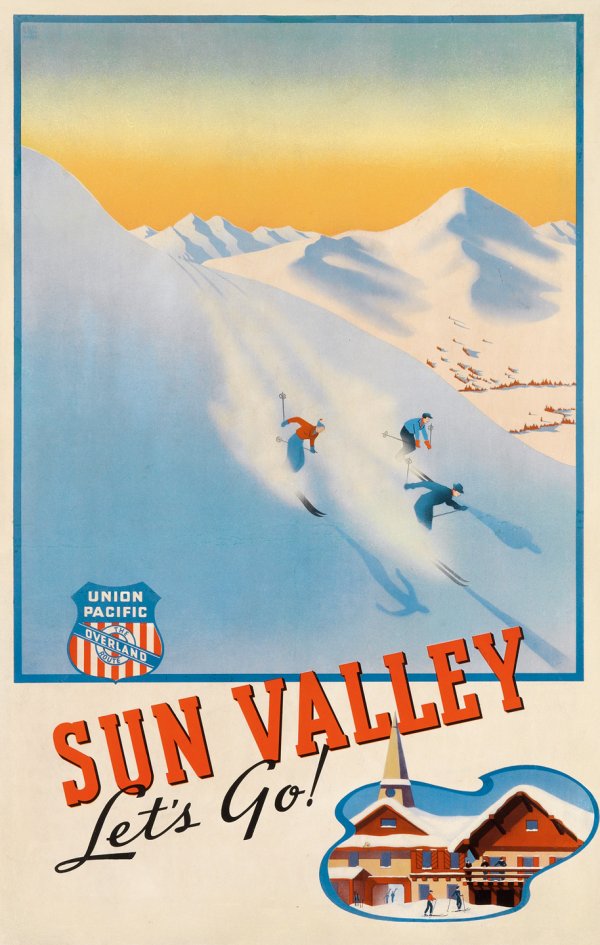 The auction offers an array of dazzling Art Nouveau posters and decorative panels, such as Leopoldo Metlicovitz’s Mostra Del Ciclo E Dell'automobile / Milano, publicizing Milan’s 1907 automobile and cycle show, which is the sale’s top lot with an estimate of $25,000 to $35,000. Another Metlicovitz highlight is his Mele / Mode Novità, 1910, for a department store in Naples ($20,000 to $30,000).

Rounding out the Art Nouveau highlights are Jean Misceslas Peské’s poster for L’estampe et L’affiche, the seminal magazine devoted to prints and posters, 1898 ($5,000 to $7,500) and the celebrated Cycles Gladiator, circa 1895, which depicts a lovely female nude with flowing red hair being propelled through starry space by her bicycle ($10,000 to $15,000).

The auction will begin at 10:30 a.m. on Thursday, February 12, and will continue after a lunch break at 2:00 p.m.  The posters will be on public exhibition at Swann Galleries on Saturday, February 7, from 12 p.m. to 5 p.m. and Monday, February 9 through Wednesday, February 11, from 10 a.m. to 6 p.m. For more information and to make advance arrangements to bid by telephone during the auction, please contact Kristina Goodstadt at (212) 254-4710 ext. 53, or via e-mail at posters@swanngalleries.com.